If you’re a tech startup and are looking to succeed in the business, you must have a team stronger than your competitors. And considering the fact that almost every startup has hired their core team members, you do not want to lag behind. It’s time to contact a software developer recruitment agency in India. Here are the 11 people you should’ve had in your tech team yesterday: 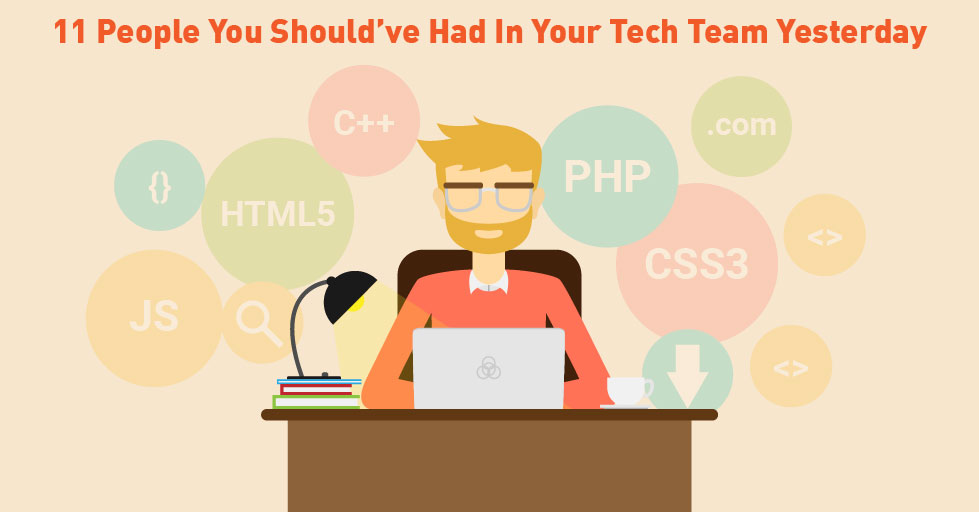 iOS developers build applications for Apple’s iOS operating system powered devices. Their responsibilities include integrating the application to its back-end services. Before this, they’re also in charge of the development process from the very beginning. From designing the application to actually developing it and everything in between. The basic skill any iOS developer must have is knowing Swift or Objective-C. You need be a pro at Swift to land a junior-level position. But it is important to know the basic syntax, error handling, networking, JSON, classes and a bit more.

Another thing they should know is git for version control. Git enables multiple people to work on the same document at the same time without disturbing each other. This is an important thing to know if you’re working with a team or on an old project. These are just a couple of the skills required, but these differ from company to company and what they’re looking for. Even after developing the application, a developer needs to make sure the performance is smooth and the app is responsive. Furthermore, maintaining the code quality, fixing bugs, and developing new features are also some responsibilities of an iOS developer.

Android developers are also in huge demand these days. They’re the ones who make applications for devices friendly with Android operating systems. With millions of Android users over the world, it’s important for any startup to have an Android developer along with an iOS one. This ensures your availability on both Android and iOS platforms.

An Android developer must know how to design and execute the development of an application. They should be able to coordinate well with other teams for their requirements. Moreover, they should also be able to keep up with the latest technologies and handle advancement of the app accordingly.

The basic skill required is to know how to develop an app using Android (SDK). It also helps if they know how to use third-party development tools. Some third-party tools are Corona SDK, App Inventor for Android, Kivy, Delphi, Qt for Android, etc. Recruiting software developers can get really hard, so it’s better to approach a tech recruitment agency in India.

PhoneGap is an open source framework that lets users develop mobile applications. Their aim is to eliminate the need to write an app in multiple languages and build cross-platform apps easily. Having your app available on different platforms means reaching a larger audience. This further increases your chances of succeeding by tapping different crowds and testing out your app.

Even though they only offer HTML, CSS, and Javascript, it doesn’t limit you to making your app anti-native. By native, we mean location based. PhoneGap offers access to GPS, camera, accelerometer, etc to make the app you developed feel like a native app.

The PhoneGap team also released a PhoneGap Developer App in 2014. This app enables users to make iOS apps on Windows and also see previews of their app without registering their device. Once you create the app, pair the CLI with the developer app. Once connected, view real-time results of the changes made in the project on your device. A PhoneGap Developer is a great asset to you. One who knows how to connect the CLI and developer app and building the app can benefit you largely. 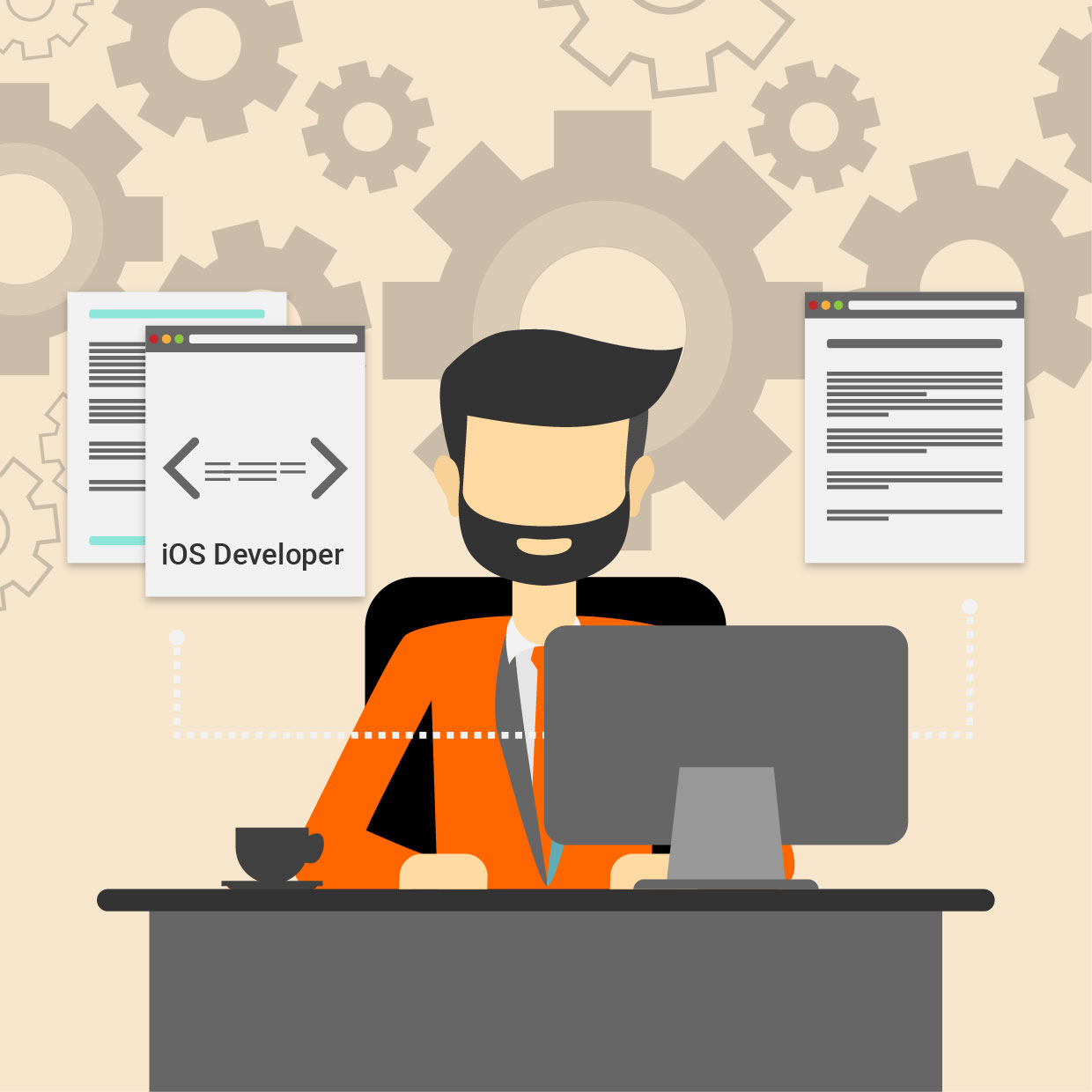 Java, having the look and feel of C++ but easier to use, is a programming language. Java developers create websites and applications, interface designs, and also work behind-the-scenes. They usually have a Bachelor’s or Master’s degree. Employers are advised to specify what field they’re looking to hire from - engineering, computer science, etc. Practice makes perfect, and Java developers need to do that in order to advance. Knowing more than just coding and being capable of handling different stages of the life cycle of their project is a plus.

A senior level developer will do more than just the basic requirements of a developer. They may evaluate the development process, document and analyze problems too complex for a junior developer, and much more. There are multiple java systems - Java Card, Java ME (Micro Edition), Java SE (Standard Edition), and Java EE (Enterprise Edition). Different Java developers specialize in different systems.

PHP and Python are two different programming languages coded on the same syntax. Hence, a PHP developer can get hands-on with little research and practice in Python Development as the syntax remains the same but the coding pattern differs. PHP developers work on 3 tiers of architecture - the first tier is known as Client or Browser and the second tier are the Servers. The third tier is the Database. A PHP developer basically looks after the entire platform development from managing the server to its Database Management Systems.

PHP Developers also work on tools like HTML, CSS, Javascript. A rockstar PHP developer works on various web development tools where s/he gains expertise on Javascript Libraries like Express.js, Angular.js, Node.js, React.js, Vanilla.js, Redux.js, Moment.js, & so on. This breed of candidates working on web-development and Javascript libraries are rare to find but can be a real add-on to any PHP development team.

A startup with limited resources should definitely have a full stack developer onboard. These candidates can function on various programming fields to gain maximum result with reduced use of resource. There are quite a number of software developer jobs in Mumbai and finding such heroes can get difficult. But with a software developer recruitment agency, it’s never impossible (Obviously with a good budget).

UI/UX designer is a combination of creative designers who ensure the designing of a particular Platform/Application. At the same time, someone who also knows to deliver the best possible experience to its users to retain their attention/preference. The perfect UI/UX designers are ones who are very creative in their individual projects. If you want to hire the best UI/UX Designer, do have a look at their portfolios to understand the level of creativeness they possess.

The ideal DevOps Engineer would easily deploy various codes efficiently and would be someone who can manage the High-Frequency traffic servers conveniently. DevOps experts can lead to faster market releases, a lower failure rate of new releases, shortened lead time between fixes, and faster recovery in the event of a new release crashing or otherwise disabling the current system. Simple processes become increasingly programmable and dynamic using a DevOps approach.

If you have a successful and high traffic platform then do look for a DevOps Engineer who can manage your traffic load, because you may be able to attract many but would end up losing plenty.

A programming language in operations since 1989 and has kept on upgrading for enhanced features is known as Python. Python developers usually make it fun and have a playful approach to use in tutorials and reference materials, such as using examples that refer to Spams & Eggs instead of traditional Foo & Bar.

An ideal python developer must have excellent experience on its frameworks like Django. Django takes an application from concept to completion quickly. Good understanding of the RestFul API’s. Having experience with GIT & SQL is a plus. An ability to deal with highly scalable products effectively is an ideal fit for your organization’s needs. A premium institute B.E/B.Tech graduate in Computer Science will be a cherry on top of the icing.

This article has major contributions from one of SutraHR’s tech recruitment experts, Karanveer Shetty. You can always contact him for tech hiring queries or recruiting software developers.

They say 'Never judge a book by its cover' and the same goes for Ankkita, tiny human with a huge imagination. Chocolate runs in her veins, can't cook to save her life but can eat like a champion. Writing is her escape from the world or it's like living in Narnia as she calls it. Music, books, and chocolate are three words that can sum up her life.

View all posts by: Ankkita Chauhan