When A Client Doesn’t Pay Lacs For Over 1 Year

0
SHARES
FacebookTwitter
As a recruitment company, we often face difficulties in payment collection. Though it’s not a new issue in our industry, sometimes it turns very ugly and painful when the client doesn’t pay up – at all! We’ve been facing this issue with a particular client who’s not paid us a legitimate few lacs for almost a year now. We’ve tried calling innumerable times, sent several emails, been extremely humble and also tried a harsh/curt tone – but in vain. 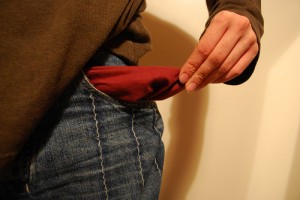 Recently, we posted a poll on our Linkedin network to see if we can find some answer to this conundrum. We got over 40 responses on the Linkedin Poll from various people who had seen similar situations in their professional lives. The entire discussion turned out to be fairly interesting. Most comments urged us to push more follow-ups and consider a dialogue with the client, rather than going the “social media”. However, the actual votes suggest the “social media” option.

We’re extremely well connected in the industry circles that are very important to this company, i.e. New-Age Media (dotcom/internet/mobile). They’re well aware of this info. We’re regular sponsors of prominent events in this industry, which this company often attends as well! Still, they’re not ready to budge. In fact, we’ve even been kind enough to extend and offer an installment option as payment mode – which will ease their financial issues, if any. But shockingly enough, all this has not yielded any results.

We’ve deliberately stayed away from the “going public” option to avoid getting into an ugly spat in public view. But we’re not going to rule out this option for later. For the time being, we’ll give some more effort and time to this.

This is a really serious question, and the answer remains elusive to us – at the moment. Please vote your answers here.

View all posts by: admin